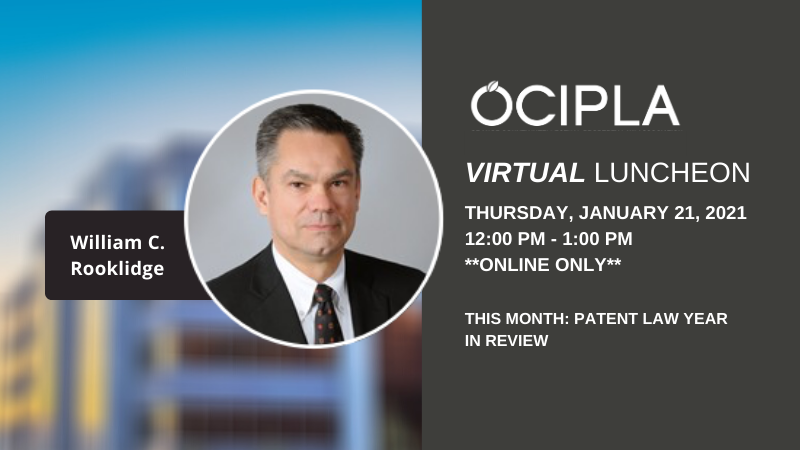 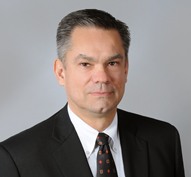 William C. Rooklidge, a partner in the Orange County office of Gibson, Dunn & Crutcher LLP, joined the firm in 2015.  A member of the firm’s Litigation Department and Intellectual Property Practice Group, he has extensive experience in patent and trademark infringement litigation in the federal district courts and before the United States Court of Appeals for the Federal Circuit, as well as arbitration of patent disputes.

Mr. Rooklidge is an experienced trial lawyer who has successfully handled many significant intellectual property cases since trying his first case as lead trial counsel, a patent infringement case involving power tools, in 1994, when he obtained for his patentee client a judgment of treble damages and attorney fees.  Highlights include earning a 2011 defense verdict for his client in a patent infringement case involving internet search advertising in the Eastern District of Texas and securing a 2014 award for his client in a breach of contract arbitration involving a telephony patent license agreement in Zurich, Switzerland.  Appellate highlights include overturning a denial of preliminary injunction on patent infringement and defending a client’s trademark registration from charges of abandonment.

Mr. Rooklidge earned a Bachelor of Science degree in mechanical engineering from the University of Portland in 1979 and subsequently worked as an engineer with Tube Forgings of America, earning his Professional Engineers Registration.  He earned his law degree from Northwestern School of Law of Lewis & Clark College in 1984, where he served as Associate Editor of Environmental Law, and then a Master of Laws degree in patent and trade regulation from The National Law Center of George Washington University in 1985.  After completing his legal education, he served as a law clerk to the Honorable Helen W. Nies, Circuit Judge of the United States Court of Appeals for the Federal Circuit, from 1985 to 1987.

Mr. Rooklidge has served as President of the Orange County Patent Law Association, President of the American Intellectual Property Law Association, and Founding Master  of the Howard T. Markey Inn of Court.  He was recently was listed in The Legal 500 and has been selected by the Southern California legal community for inclusion in The Best Lawyers in America® since 2006 (including being named Orange County Lawyer of the Year in 2011 (Intellectual Property Law), 2015 (Litigation – Patent), and 2016, 2018 and 2019 (Litigation – Intellectual Property)).  Mr. Rooklidge was also recognized by Who’s Who Legal Life Sciences: Patent Litigation 2020 and Who’s Who Legal Patents 2019.  He has authored or co-authored over 60 legal publications, including 2011 and 2017 editions of the Federal Judicial Center’s Compensatory Damages Issues in Patent Infringement Cases: A Pocket Guide For Federal District Court Judges.