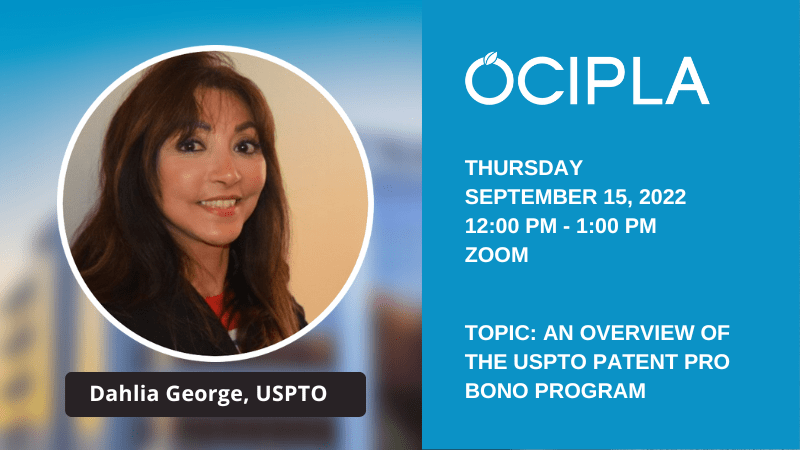 Topic:  An Overview of the USPTO Patent Pro Bono Program 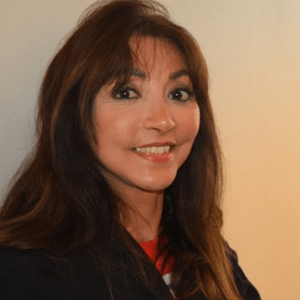 Dahlia George first joined the U.S. Patent and Trademark Office (USPTO) in January 2005 as a Trademark Examining Attorney. In January 2008, she joined the USPTO Office of General Law where she investigated and prosecuted EEOC complaints, grievances, and Merit Systems Protection Bureau appeals. She also responded to subpoenas for Government witnesses and documents, investigated Federal Tort Claims Act claims and IG inquiries, and handled Reasonable Accommodation requests for legal sufficiency. In addition, she was the USPTO FOIA Officer. Since January 2011 to the present, she joined the USPTO Office of Enrollment and Discipline where she investigates grievances and complaints alleging misconduct by patent and trademark practitioners; conducts moral character and “fitness to practice” applications for individuals seeking registration before the USPTO; and heads the Diversion Pilot Program for impaired practitioners.

Before working at the USPTO, Ms. George was an Assistant Attorney General for the N.H. Office of Attorney General where she investigated and prosecuted professional misconduct cases against licensed professionals such as physicians, psychiatrists, psychologists, and social workers, before their respective licensing boards.

Prior to her stint as a N.H. Assistant Attorney General, she served a tour of duty as a Judge Advocate General (JAG) in the United States Air Force where she served as a prosecutor for the United States in courts-martial and administrative discharge proceedings; handled procurement and claims matters; and advised base and wing commanders on the legality of base activities such as bingo night and mess activities. Later she was promoted to the position of Area Defense Counsel for three bases covering 15,000 military and civilian personnel, where she represented military personnel in courts-martial (felony trials) and discharge proceedings.

She is licensed to practice law in the District of Columbia.