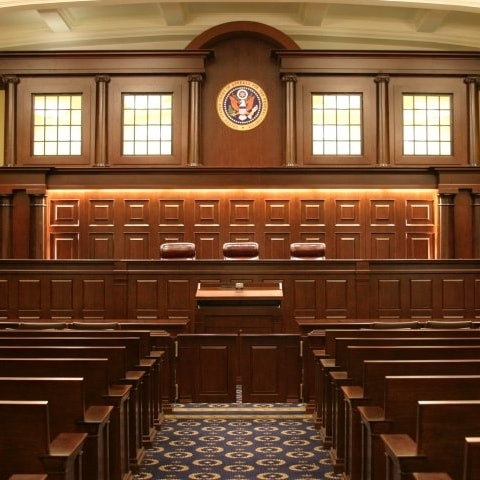 For nearly two decades, the Eastern District of Texas has been a hotbed of patent litigation. Even after the Supreme Court’s 2017 TC Heartland decision narrowed a plaintiff’s venue options, the Eastern District of Texas still sees more patent infringement cases than almost any other jurisdiction. It has controlled its docket by, among other things, adopting local patent rules that require early disclosure of Infringement and Invalidity Contentions. For example, Patent Rule 3-3 requires each party opposing a claim of patent infringement to serve Invalidity Contentions detailing the party’s allegations that each challenged claim is invalid under 35 U.S.C. §§ 102, 103 or 112. Last month, Chief Judge Gilstrap augmented this rule with a standing order that requires a party to serve “Eligibility Contentions” if the party intends to allege that any claim is directed to unpatentable subject matter.

Under the standing order, a party’s Eligibility Contentions are due at the same time as its Rule 3-3 invalidity contentions and must include:

Charts identifying (a) the eligibility exception to which the challenged claims are allegedly directed (e.g., abstract idea, law of nature or natural phenomenon) and the factual and legal bases supporting that contention; (b) the industry in which each challenged claim was allegedly well understood, routine and conventional, and a description of how each element of each challenged claim (individually or in combination with the other claim elements) was well understood, routine and conventional in that industry at the relevant time, as well as the factual and legal bases supporting those contentions; and (c) other factual or legal bases for how the challenged claims are otherwise ineligible for patent protection; as well as detailed information about, and production of, all materials on which the challenger intends to rely.

Practice Tip: Defendants should evaluate their subject matter eligibility positions carefully as soon as possible after being served with a patent infringement complaint and should understand that, as with contentions asserting other grounds for invalidity, the ability to amend Eligibility Contentions will be limited.

A Central District of California judge has clarified his prior ruling on summary judgment that estoppel under 35 U.S.C. § 315(e)(2) that applies to certain obviousness invalidity grounds raised by Defendants. In the prior ruling, the court found that Defendants could not side-step estoppel by characterizing a reference previously used in an inter partes review (IPR) as prior art that was “known or used by others” pursuant to pre-AIA § 102(a)—i.e., an invalidity ground not subject to estoppel. In doing so, the court estopped Defendants from raising all but one obviousness invalidity ground.

On Defendants’ motion for reconsideration, the court clarified its prior ruling. As an initial matter, the court noted that the parties disagreed on how to distinguish invalidity grounds that could have been raised in an IPR petition with those not subject to IPR estoppel. The Federal Circuit, as the Court explained, has not addressed this dispute, nor have district courts dealt with the specific question at issue: whether IPR estoppel can preclude a patent challenger from relying on a “known or used” invalidity ground that is related to the printed publications that were asserted before the Patent Trial and Appeal Board (PTAB). The court, nevertheless, considered how other district courts have determined when estoppel should apply to prior art products and systems.

In one instance, the Central District of California declined to extend estoppel to a physical machine when the machine disclosed features not included in the printed publication. Star Envirotech, Inc. v. Redline Detection, LLC, No. 8:12-cv-01861 (C.D. Cal. Jan. 29, 2015). That court considered the machine a “superior and separate” reference. In another instance, the Northern District of Illinois found that “the relevant inquiry [was] not whether the ground is redundant of a ground that was asserted but, rather, whether the ground reasonably could have been raised.”  Clearlamp, LLC v. LKQ Corp., No. 1:12-cv-02533 (N.D. Ill. Mar. 18, 2016). That court found the defendant was attempting to “cloak” the underlying datasheet of a product (i.e., a printed publication) as an invalidity ground based on the product itself.

The court here declined to adopt the “superior and separate reference” standard. As the court explained, this standard would likely extend the reach of IPR estoppel beyond its intended scope. And it ignores a commonly found practice in patent litigation: using one prior art reference to meet the same claim limitations in a number of different invalidity arguments. Instead, the court favored the analysis in Clearlamp, finding that there must be some substantive difference between the two invalidity grounds that is germane to the invalidity dispute at hand to avoid estoppel. Ultimately, even with the clarification, the court arrived at the same conclusion—namely, that IPR estoppel applied to all but one invalidity ground.

Practice Tip: A district court defendant that asserts a “known or used by others” invalidity theory should be prepared to articulate the substantive differences in the prior art from that asserted at the PTAB in order to avoid IPR estoppel. In doing so, defendants should focus on differences that are germane to invalidity.