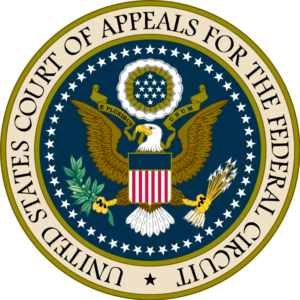 Plastic Omnium (“Omnium”) sued Donghee America and Donghee Alabama (“Donghee”) for patent infringement.  The two patents at issue described a method of manufacturing plastic fuel tanks. In the district court, the parties disputed the construction of the term “parison.”  Omnium argued that the patentee acted as its own lexicographer, so the plain meaning of the term “parison”—i.e., “a hollow plastic tube exiting the die of an extrusion head”—did not apply.   The district court agreed and adopted a narrowing construction of “parison” as “referring to a plastic tube … that … is split either immediately upon exiting the die or at some point thereafter.”  Donghee moved for summary judgment of noninfringement based on this narrowing construction.  The court granted the motion, finding that the accused product splits the alleged “parison” inside the extrusion equipment rather than outside as the construction required.

Under Peter v. Nantkwest, Inc., Appeal No. 18-801, a patent applicant appealing an adverse decision of the Patent Trial and Appeal Board (“PTAB”) under 35 U.S.C. § 145 in a civil action in the District Court of the Eastern District of Virginia is not required to pay the Patent and Trademark Office’s (“PTO’s”) attorneys’ and paralegals’ pro rata salaries.

NantKwest filed for a patent directed to a method for treating cancer.  The PTO rejected the application, which was affirmed by the PTAB.  NantKwest appealed to the U.S. District Court for the Eastern District of Virginia under § 145.  The district court granted the PTO’s motion for summary judgment.  For the first time, the PTO submitted a motion to recover attorney’s fees under § 145, which states that “[a]ll the expenses of the proceedings shall be paid by the applicant.”  The district court denied recovery of attorneys’ fees, finding that the statute did not clearly rebut the American Rule, which presumes that parties are responsible for their own attorneys’ fees.

The Supreme Court unanimously affirmed the en banc Federal Circuit.  The Supreme Court held that the American Rule’s presumption against fee shifting applied to all statutes, not just those which authorize fee shifting to prevailing parties.  In analyzing whether Congress intended to depart from the American Rule, a court first looks to the language of the section at issue.  Further, while the absence of a specific reference to attorney’s fees is not dispositive, Congress must provide a sufficiently “specific and explicit” indication of its intent to overcome the American Rule’s presumption against fee shifting.  The Supreme Court held that § 145’s references to “all” and “expenses” did not invoke attorneys’ fees with sufficient clarity to overcome the presumption.  The Supreme Court also held that other statutes using both the terms “expenses” and “attorneys’ fees” indicate that Congress understood the terms to be distinct and not inclusive of one another.  Lastly the Supreme Court held that the history of the Patent Act also indicates that Congress did not intend to shift attorneys’ fees in § 145 actions.  Thus, because the American Rule’s presumption against fee shifting applied to § 145 and was not overcome by the statute’s text or Congressional intent, the PTO could not recover the pro rata salaries of its legal personnel under § 145.

In Techtronic Industries Co. Ltd. v. ITC., Appeal No. 18-2191, the consistent description in the specification of a particular embodiment as the inventive aspect solving a problem in the prior art amounted to disavowal of claim scope, even in the absence of an express concession excluding alternative embodiments.

The Chamberlain Group filed a complaint at the U.S. International Trade Commission (“Commission”) alleging several companies, including Techtronic Industries, imported products that infringed its patent directed to a garage door opener.  Although the Administrative Law Judge (“ALJ”) granted a summary determination of non-infringement, the Commission reversed the ALJ’s claim construction of the term “wall console” and vacated the initial determination of non-infringement.  The ALJ then found the accused products infringed the patent and the Commission adopted the determination.

Safe Harbor Defense Under 35 U.S.C. §271(e)(1) Requires that the Accused Activity Is Solely for Uses Reasonably Related to Submitting Information to the FDA

Amgen accused Hospira of infringing a patent covering a method of manufacture for producing EPO—a protein that regulates red blood cells—based on Hospira preparing twenty-one batches of EPO.  A jury determined that seven batches were subject to a safe harbor, but the remaining fourteen batches were not.  The protected batches included two used to qualify Hospira’s process and equipment, and five batches used for mandatory pre-approval inspection by the FDA.  The remaining batches were for various types of testing, revisions to release specifications, stability testing, and continued process verification.

On appeal, the Federal Circuit found that substantial evidence supported the jury’s finding that fourteen batches were not manufactured “solely for uses reasonably related to the development and submission of information” to the FDA.  The court rejected Hospira’s argument that the safe harbor always applies in the pre-approval context.  The court also rejected Hospira’s argument that simply submitting information about a drug substance lot to the FDA brings the manufacture of that lot within the safe harbor.  Evidence showed that preparing the additional batches was not an activity required for FDA approval, but was to meet post-approval stability requirements or to prepare for commercialization.  The Federal Circuit also affirmed the $70 million damages verdict that was based on the profit Hospira could have earned by being in place to launch its EPO as soon as the patents expired.

In Blackbird Tech LLC v. Health In Motion Llc., Appeal No. 18-2393, a court found a frivolous case was exceptional and awarded more than $360,000 in attorney fees, after the plaintiff persisted with the case for nineteen months and then dismissed the case with prejudice before trial.

Blackbird Tech, a non-practicing entity, sued Health in Motion for patent infringement related to exercise equipment. Health-in-Motion refused multiple settlement offers including a “walk away” settlement offer that would have provided a royalty-free license to the asserted patent.  Blackbird refused Health-in-Motion’s counter offer that included payment from Blackbird, on the grounds that Health-in-Motion would ultimately be awarded attorney fees.  After claim construction, discovery and fully briefing a motion for summary judgment of noninfringement, Blackbird voluntarily dismissed the suit with prejudice, executed a covenant not to sue, and moved to dismiss for lack of subject matter jurisdiction. The district court then awarded Health in Motion $363,243.80 in attorney fees.

The Federal Circuit affirmed the attorney fees award.  The court agreed that Blackbird’s claim construction and infringement contentions were meritless. The court agreed that Blackbird litigated in an unreasonable manner. The court found multiple problems that supported the exceptional finding, including: (1) Blackbird’s multiple settlement demands were far less than the anticipated cost of defense, (2) Blackbird unreasonably delayed in producing documents, (3) Blackbird waited until pretrial submissions were due to file a notice of dismissal without first giving notice to opposing counsel.  The Federal Circuit also held that the district court did not abuse its discretion in considering the need to deter future abusive litigation. The appellate court noted that Blackbird “has filed over one hundred patent infringement lawsuits, and none have been decided, on the merits, in favor of [Blackbird].”

Under The Chamberlain Group, Inc. v. One World Technologies, Inc., Appeal No. 18-2112, new arguments may be raised during PTAB oral hearings so long as they clarify an earlier position, are responsive to arguments presented in the opponent’s reply, and do not raise entirely new issues or evidence.

The Federal Circuit held the Board erred in finding waiver because the new argument merely clarified Chamberlain’s earlier position, did not raise new issues or present new evidence, and was responsive to an argument in One World’s reply.  Nonetheless, the Federal Circuit affirmed because the new argument was not persuasive and the Board’s decision was supported by substantial evidence.

Fox filed two petitions for inter partes review (“IPR”) of a patent owned by SRAM directed to a chainring structure for bicycles.  The Board found that a combination of two references disclosed every limitation of the independent claims, and that a skilled person would have been motivated to combine the references.  However, the Board found that Fox had not shown that the challenged claims would have been obvious in view of evidence of secondary considerations.  In making this determination, the Board assumed that SRAM was entitled to a presumption of nexus between the challenged claims and SRAM’s X-Sync chainring commercial product.  Fox appealed.

The Federal Circuit affirmed the Board’s determination that a skilled artisan would have been motivated to combine the asserted prior art; however, the Federal Circuit vacated the Board’s obviousness determination and remanded for reevaluation of the evidence of secondary considerations with the burden of proving nexus on SRAM.  In its decision, the Federal Circuit found that the Board erred in presuming a nexus because no reasonable fact finder could find SRAM’s commercial chainrings to be coextensive with the claims.  In reaching this conclusion, the Federal Circuit relied on undisputed evidence that SRAM’s commercial chainrings included unclaimed features that SRAM described as critical to the function of the product.  The Federal Circuit explained that, on remand, SRAM would have the opportunity to prove that the evidence of secondary considerations is attributable to the claimed combination of features rather than prior art features or unclaimed features.

In Intellectual Ventures I LLC v. Trend Micro Incorporated, Appeal No. 19-1122, the Federal Circuit ruled that an exceptional case finding may be based on a single isolated act, but the court must still find the case as a whole is exceptional.

The Federal Circuit held that a district court may find a case exceptional based on a single isolated act and not a pattern of acts.  Further, the amount of attorneys’ fees must “bear some relation to the extent of the misconduct.”  However, the court must still find that the case as a whole is exceptional, not just a portion of the case.  Because the district court did not find the overall case exceptional, the Federal Circuit vacated and remanded for a decision under the proper legal standard.

In Persion Pharmaceuticals LLC v. Alvogen Malta Operations Ltd., Appeal No. 18-2361, the FDA’s acceptance of safety data for a prior-art drug when evaluating a claimed drug treatment was evidence of obviousness even though the data was insufficient to establish the safety and efficacy of the claimed treatment.

When evaluating the motivation to combine the prior art, the district court relied on evidence that the FDA accepted safety data for a hydrocodone-combination drug when it was evaluating the appropriate administration of the hydrocodone-only drug.  On appeal, Persion argued that the district court’s reliance on this evidence was clearly erroneous because the FDA found that data insufficient to establish the safety and efficacy of the hydrocodone-only drug for treating hepatically impaired patients.

The Federal Circuit found no clear error in the district court’s analysis.  The district court explained that the standard to find a motivation to combine in an obviousness analysis is far below what is sufficient to prove safety and efficacy to the FDA.  Thus, the FDA’s finding that the data for the hydrocodone-combination drug was insufficient to prove the safety and efficacy of the hydrocodone-only drug did not undermine the conclusion of obviousness.  The Federal Circuit went on to address other attacks on the district court’s judgment but ultimately rejected them and affirmed the judgment that the asserted claims were invalid as obvious.